Ok cool, so you’ve concluded this excellent video you’re about to upload, feed your audiences. Finally, you have uploaded and shared on your social media platforms, did some SEO tricks on the title and descriptions, promoted across all communities, yet the view counts you longed for hasn’t been reached. The results of the video fell short.

What could you be doing wrong? You asked.

Well, you’ve done a perfect job at creating a catchy video with a rich content, which is the first step in making a video go viral; however, there are a dozen more things you haven’t done. Let’s take a look at them. 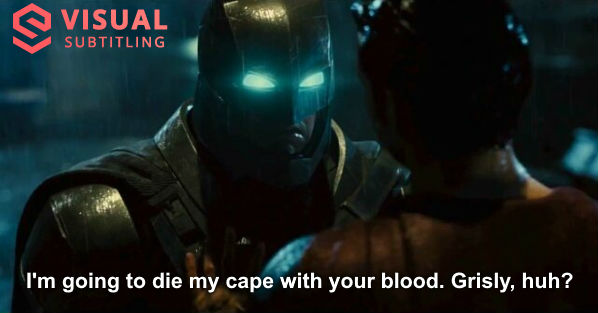 While most people can listen to what’s being said in the video, others got no choice than to read with the help of Video Subtitling Services. Statistics has made us realize that over 48 million adults in the US have got some sort of hearing disorder or impairment, and if you’ve got no subtitle or caption on your videos, you’d be unable to reach this audience, that’s a lot you’d not be reaching if you ask me. Of course, you want your video to reach everyone, including the deaf or those with hearing impairments, however, without the subtitle or captions, you’ve only got them excluded on arrival.

A lot of people watch videos at work, so videos are played in mute mode

More than 80% of Facebook videos are viewed in silent mode, now that’s just Facebook, we’ve not considered other social media giants, take a look at Snapchat, through research, we got to know that only about 60% (2/3) of Snapchat videos are played with the sound being enabled. Judging by the stats, we can see clearly that people turn off the sounds of their videos because they’ve got no need for it, or they don’t want it. Perhaps, they’re in the office or somewhere in the midst of a lot of people and playing a video with sound could be disruptive and rude.

We’ve seen various categories of people who learn in different ways that best suits them, some learn by watching, others by listening while some by doing/practicing. The categories of people who learn from reading what they’ve watched are the ones who are going to get the best out of your video, here’s where video subtitling services comes through. Never underestimate the power of a video with texts embed in it, it’s much stronger than just a video, and it will appeal to a wider audience than a plain video would have. You’d be surprised to hear that a lot of people prefer watching a video with the captions and subtitles on, not because they have to.

In fact, even if they’re natives of the language being said in the movie or video, they’d still prefer to turn on the captions or subtitle if they can, it’s proven that people understand videos better when it’s subtitled or captioned. As a professional video subtitling company, our video subtitling services are incomparable; we’ve got everything you need to communicate seamlessly with a global audience. We’re the only subtitle and caption service providers in the market who see to it that culturally sensitive and modern terminologies are utilized without deviating from the core message of your content. In our stables, we’ve got a seasoned team of highly astute subtitling and captioning professionals who can deliver the best results for your video subtitling gigs. Reach us at our visual subtitling company, and let’s help push your video to more audiences than you can ever imagine, try our services today, and you’d never regret your decision to stand with the best subtitling service providers at very affordable subtitling rates in the country.